The children of the group Seesterne in our daycare center Kita Familycare Reinach have each made a car out of a cardboard box, including wheels and steering wheel, alone or in a team of two. Many great cardboard cars were created during the crafting process. On three days, the children took their self-made cars to the Kita drive-in cinema and watched an age-appropriate children's film in small groups. Food was provided with gummy bears, potato chips and drinks, just like in a real drive-in cinema. The children enjoyed this special event very much and had a lot of fun at the drive-in cinema. 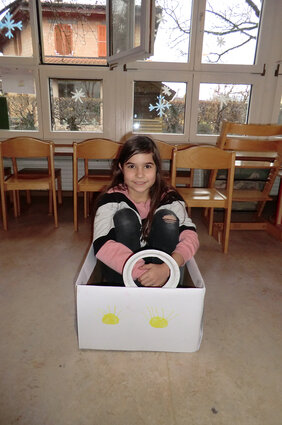 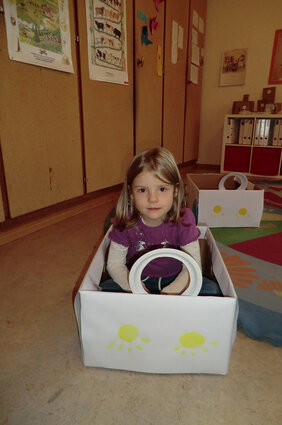 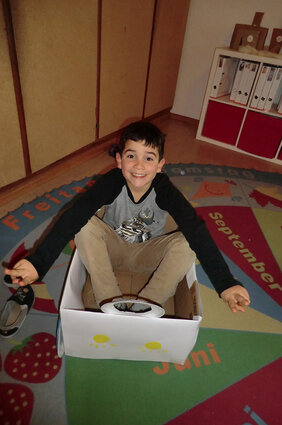 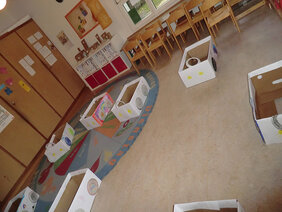